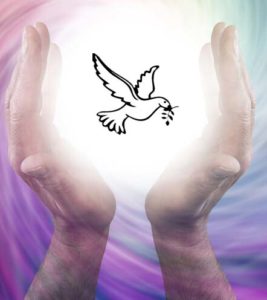 Entities That Control Your Life

Entities controlling your life, and the lives of your loved ones. Being free of them is the most important step in getting your life back on track.

Some entities are out to control Human Beings. They do this in a variety of ways, but most involve direct communication and control by the entity over the Human Being. The entity literally tells the Human Being what he or she can or cannot do.

This entities control develops over time as the Human Being increasingly follows “a voice” in its head that guides it. The more the Human gives in to the manipulations (often petty demands or threats) of the entity, the more control is surrendered to the entity. In the end and over time the Human doesn’t do anything without approval.

Other entities are just after plain old fashioned revenge and domination, and engage in psychic attacks to make the Human Beings life pure living hell on Earth. These entities would love to destroy or at least make the Human suffer.

These entities controlling consider themselves ALL POWERFUL, and try to convince the Human that they are. Often they succeed and force the Human into a life of isolation by threatening that their all powerful greatness will exact revenge if they socialize. Unfortunately, this puts the Human under the total control of the entity. The Human is now totally isolated and cannot find the help that is needed. I receive calls for help from people who quite literally are afraid to go outside or meet with people because of the fear of what the entity will do. Often I never hear from those people again because the entity makes sure that they never call me again to get the help they need.

Here are some symptoms that are fairly universal for people affected by these controlling entities:

Anger
Rage
Blocked To Love
Loss Of Positive Emotional Expression
No Energy
Depression
Physical Pain And Suffering
Compulsions
Abandoned By Family And Friends
Rashes And Scratches On Body That Appear Out Of Nowhere
Forgetting Conversations And Forgetting The Ways To Get Help
Very Negative Energy Given Off Which Causes Others To React Negatively To Their Presence.
Entities That Threaten Family And Friends With Death Or Harm
False Teacher Entities
False Spiritual Entities
Fear Of The Entities Launching Into/Taking Over Family And Friends If They Look Them In The Eyes
Mind Control Actually Used On Others Around The Infected Person
Nightmares
Sleep Walking
Sleep Deprivation
The Entities Can Be Felt Moving Around In Their Body
Suicidal Thoughts
A Barrage Of Negative Voices Constantly Battering At Them
Entities That Pretend To Be Guiding And Helping

Things Floating in The Air

If you have things floating in the air in front of you, then you know you have an exceptionally strong entity as this demands lots of energy on their part. This does not make them evil or controlling or anything you should be afraid of. These entities could simply be show offs. Among my abundant experiences with the paranormal I used to have my bed pillows float up and drift across the bedroom at head height, eventually to land on me while I lay in bed and watched. Some educations are best had first hand 🙂

There Are Very Few Things That Surprise Me Any More

By this point I am pretty sure I have seen and experienced and healed the full repertoire of entity abilities and demonstrations. The knowledge that takes away all fear is that they all have to give way to Holy Spirit, the Light, Love, and Archangels. That being said I consider the worst entities the ones who actively try to take someone’s life over and control their lives. These entities use mind control and emotional control, threats, and pain to get their way. One of the biggest challenges in helping people affected in this way is overcoming their belief that these entities are all powerful and that the Light can’t remove them or protect them. It is understandable that they see things this way as they have usually been under the entities control for years. Often many healers have failed them. They also see the people around them unknowingly affected by their entities and couldn’t do anything to stop it by themselves. This renders them powerless and fearful.

I know helping these people is one of my life’s missions, and I know that we will and do free them. Light and Love and Archangels overcome anything!
Continue reading about Entities that control your life through the mind control of Compulsions.
Audwin Trapman
Energy and Spiritual Healer | Powerful healing for Life Challenges | Family Dynamics | Emotional Challenges | Karmic Issues, Negativity | Psychic Attacks | Entity Clearing | Spirit Attachments, Entity Attachments | Being Cold
2022 - 21 Years of Success
SUPPORT
4 Steps to Get Started